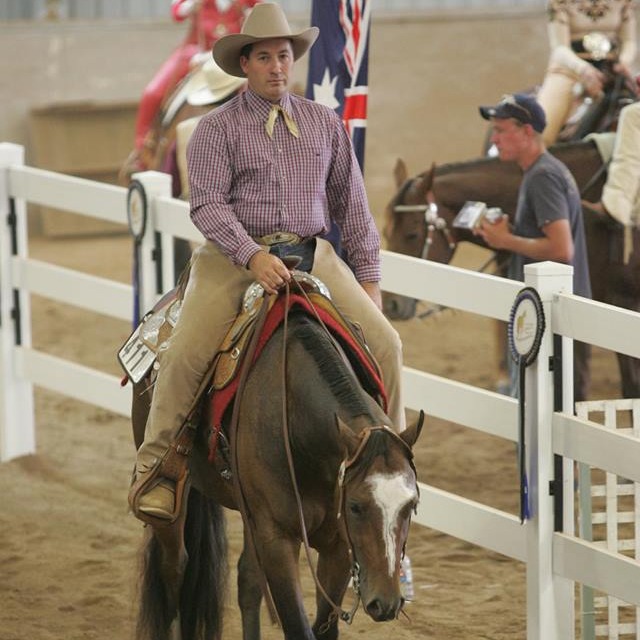 Born in the western district of Victoria on a Sheep, Cattle and cropping farm, horses were part of the day to day operation of the farm. Andrew’s parents started a small breeding operation that lead to importing a stallion from USA. Andrew became involved in Pony Club and from there became a keen competitor having success at many levels including representing Australia as a Team member of the Quarter Horse Youth World Cup and following on becoming a coach of an Australian team. From finishing school Andrew became a Carpenter but was drawn back to the horse industry to run a small stud and training centre in Whittlesea. Andrew moved onto his on training business of show horses and spent many years as a Flying Groom.