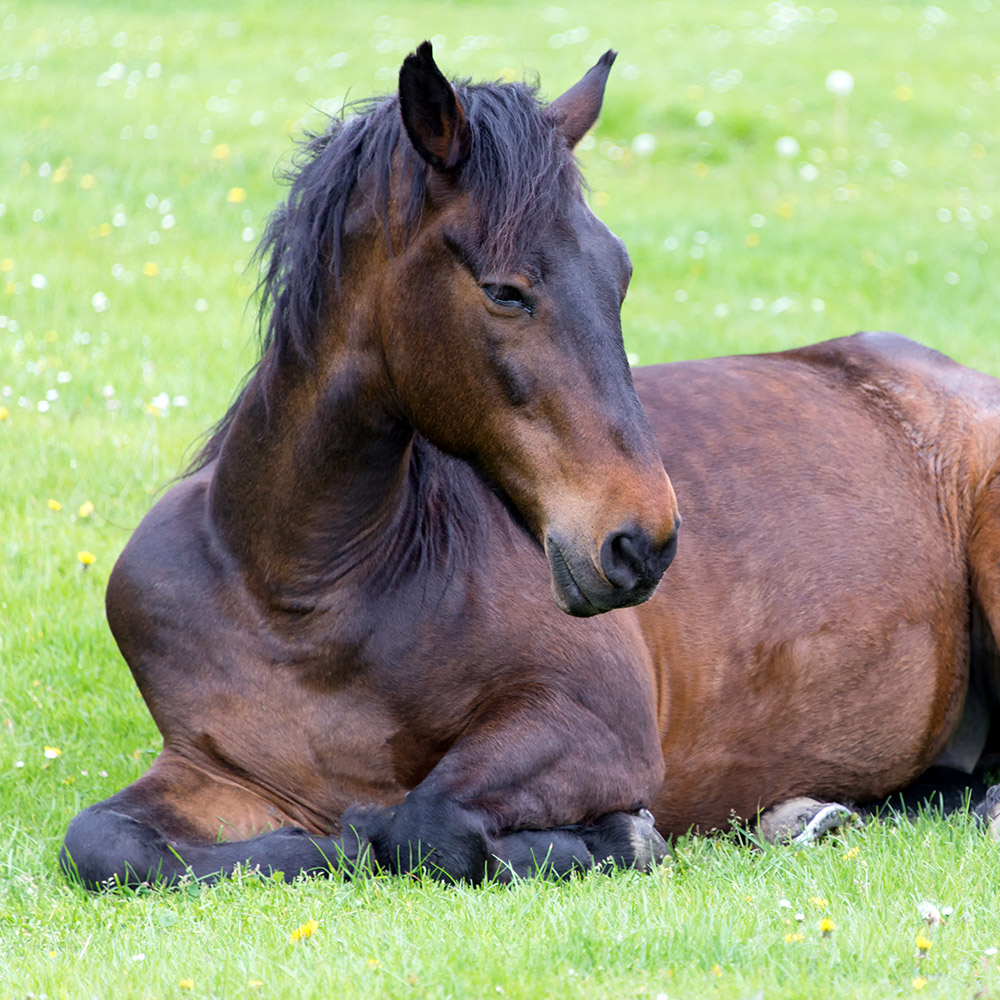 There are two main periods where grass can be a causative factor in initiating a laminitic response, spring and autumn. Where spring grass has been well publicised because it has extremely high levels of sugars and fructans, and these are regarded as triggers, less obvious factors are at play in autumn grass.

There are two main factors involved, the make-up of the grass and the physiology of the horse itself.

During the year the levels of protein, sugars, oil and fibre vary. In spring, sugar content rises and declines over summer as it is converted into fibre and supports plant growth. Over the same period protein levels rise to support seed development. Once grass has seeded protein and sugar levels drop, but following a period of where fibre structure matures, levels start rising again. Although sugars do not reach the levels found in spring (light intensity and daylength is declining) they can have an impact.

More relevantly, protein can exceed spring levels and it is the combination of the two nutrients that can affect the laminitic horse.

Major nutrients are broken down by enzymes and absorbed in the upper digestive tract. Fibre, which can only be broken down by fermentation by some microbes, occurs in the lower intestine. When the amount of protein and starch exceeds the horse’s ability to digest them, the excess will travel to the hindgut. Along with those bacteria that live in the small intestine and that can utilise those nutrients. This continues upper gut fermentation in the hindgut resulting in disruption, environmental shift and destruction of the fibre fermenters.

Fermentation of sugars cause an upsurge of lactic acid, proteins generate amines and nitrites and microbial death releases endotoxins. All these factors have negative effects; lactic acid increases the permeability of the gut to the other end products, amines and nitrites impact on blood flow and endotoxins contain pro-inflammatory, necrotic and pro-oxidative factors. As laminitis is a symptomatic manifestation of this – vasoconstriction impedes flushing endotoxins away from the hooves – it will show even if the relative impact of all these parameters vary between spring and autumn, the result is the same. That is, in spring high levels of lactic acid may drive laminitis by increasing the absorption of excessive amounts of endotoxins, in autumn it may be more the pooling of negative factors in the hoof due to increased vaso-constriction.

On top of this is the status of the horse. The hormonal status of the horse has evolved alongside a harsh plains environment. As it emerges from a hard winter of near starvation conditions, the horse’s physiology is geared to utilise the rich nutrients of spring grass to rebuild muscle and condition and, for the breeding mares, to produce sugar rich milk. As such the risk of laminitis is generally reduced as the animal is primed to receive the spring grass. In contrast, during autumn, the metabolism of the horse is very much geared to preparing for the winter fast, and to lay down fat. Fat deposition releases a hormone, adiponectin, that affects carbohydrate metabolism and has been implicated in insulin resistance, and so may impact on laminitis through this route.

With domesticated animals, we have removed the dangers of winter but this has potential repercussions; in spring, we are loading up an animal which is already in good condition, and in autumn laying down fat for a situation does not arrive.

As explained, there are differences between the conditions in grass and the horse that give rise spring and autumn laminitis, but both centre around the dysfunction caused by too high a protein and sugar intake. Feeding materials that have reasonable protein and low sugar/starch levels are a good starting point. However, if the horse is in work and requires good levels of energy, replacing starch with fat may not be such a good idea.

Speed-Beet is a super fibre. It has high, inherent fermentability – research has shown its fermentation is greater than ordinary beet pulp – a moderate protein level and low sugar. In addition, its fermentation yields less lactic acid than any other fibre source, so compromising hindgut permeability should not be an issue. Beet pulp also acts as a prebiotic benefitting those bacteria that utilise hemicellulose. Feeding Speedi-Beet optimises fibre utilisation which further reduces reliance on sugar, starch and fat for energy, allowing a good energy supply, at reasonable protein levels and so avoiding risk factors for laminitis.

Current research has been concentrating on the endocrinopathic/metabolic issues. The link between insulin resistance, PPID and vascular dysfunction all point to the central role of carbohydrate metabolism and blood flow through the hooves. As such a product like Speedi-Beet helps reduce the nutritional (through hindgut fermentation) negative by-products that contribute towards laminitis.